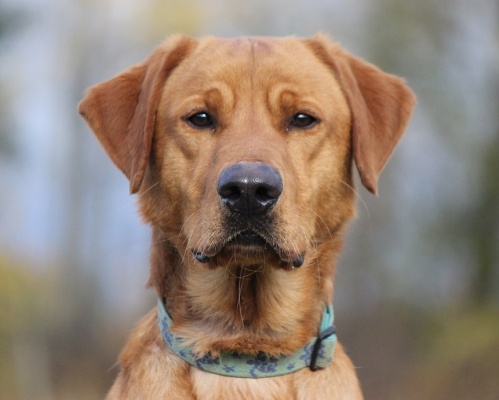 When we were looking for a yellow male to add to the team,  we searched for two years…. and finally he arrived! Buzz is a very athletic, leggy and HIGH DRIVE labrador. He is also extremely smart and willing to learn. For those who are familiar with our dogs, Buzz is comparable to Ruger in terms of his brains and trainability. Buzz is confident and willing to try anything, especially if there is a retrieve reward involved.  He is very energetic but does have an off-switch and enjoys a little couch time at the end of a busy day.

Buzz was originally trained as a field trial dog and ran in a couple of derbies. His previous trainer felt that he has the natural abilities to pursue a field championship with further training. Lucky for us, he also has the traits required to become an exceptional performance dog. Within a few sessions of being introduced to the dock, Buzz was already jumping over 20 feet and that is before skill building. Buzz has continued to excel in dock diving, with a Western Cup Championship, a Fast Fetch world record, and placements at the 2020 Canadian Regional championship under his belt. Buzz spent several seasons with us hunting ducks in the fall and learned some nosework too. Buzz now resides with his co-owners, the MacCaffee family, where Dan is training him for agility competition!

Buzz has a fantastic pedigree which you can see with the link above.  His lineage reflects generations of the most talented yellow and black field champions in the game. 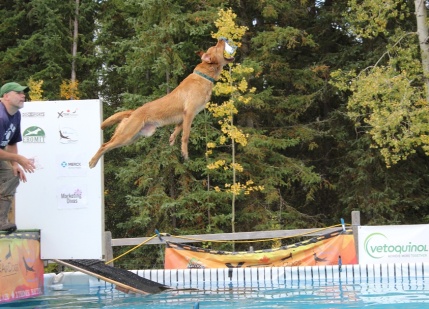 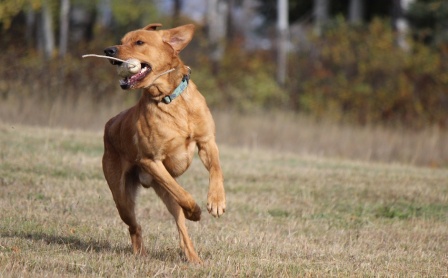